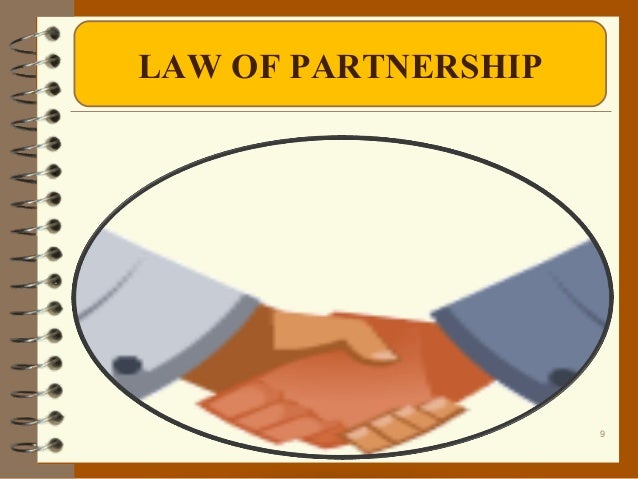 Becoming a partner at a law firm is the ultimate achievement for many lawyers. As a partner, you make more money and enjoy greater job security. However, taking this position in a law firm comes with some responsibilities as well. Therefore, there are some things you should seriously consider before you accept that partnership offer your law firm wants to give you.

How to Become a Partner

Essentially, to become a partner, you should offer something unique to the law firm. For instance, if you are in a legal specialty that does not have many practitioners, your chances of becoming a partner will grow. Additionally, having valuable connections to other legal firms and being a go-getter who brings the firm a lot of business can make you get a partnership position at your firm. Being an associate for many years can also help you get a partnership position, as law firms want their employees to know that their firms favor career progression. Things to Consider When Becoming a Partner at a Law Firm Before you become a partner in a law firm, you should ask yourself a couple of questions. Here are some of them.

Do You Want More Responsibilities?

If you feel that your current position in the firm is more than adequate for you and that additional responsibilities might be overwhelming for you, then a partnership position might not be the best option for you. Being a partner will translate into added work hours, and that might make you a little dissatisfied with the position despite the higher income if the last thing you need is spending more time at the office or with your clients.

Are you Happy Taking On Managerial Roles?

Being a partner will come with some managerial responsibilities as well. You might have to deal with issues such as hiring decisions and disciplinary issues within the firm. If that is not what you would like of your legal career, then opting to become a partner might not be the best thing for you. Do You Have Any Intentions of Becoming a Partner? If you always wanted to make partner at some point in your career, then you should do so as soon as the chance comes along. Otherwise, if you stay too long as an associate, your likelihood to secure a partnership position at any law firm will go down. Good lawyers are generally expected to become partners before too long.

Are You Ready to Pay the Financial Costs?

When becoming a partner, you have to pay the buy-in, and you also have to pay for your own benefits. These costs are worth considering, and it might be worth staying as an associate if you are not ready to pay for them just yet.

Are you Good at Generating Business?

Many lawyers wait for work to be brought to them by the firm. I remember the time when I studied and needed law dissertation writing help. If you like this kind of work, then getting into a partnership position might not be the best decision for you. Partners are generally expected to bring in new clients, or deal with clients more directly than regular lawyers would.

Being a partner at a law firm is one of the most cherished dreams lawyers have. While being a partner is true evidence of success, it is also a huge responsibility that needs some thought. Some partners end up being more dissatisfied with their careers after taking on partnership roles. So, to make a better decision as you consider becoming a partner, above are some things to keep in mind.

Council’s judgement is a not so widely known concept, as not all people have experience or have had problems with the law. A council is a large group of People who consult and deliberate together. This can function as a legislature especially in a city or town. Council’s Judgement is usually what evolves or devolves a city, as they control pretty much all the legislatures in it.

The council is made up of two individual halves, which have to coexist to maintain balance in the council. These are the elected representatives and the administration.

The elected representatives are elected democratically by the residents of a municipality. They are usually responsible for reviewing issues before their council. Once chosen for the council they have to take an oath to carry this role impartially and the best way they can. Also, they have to act in the best interest of the municipally.

Through long-term planning and decision-making, an elected council sets the direction of the city. Using a strategic view into the future, its goal is to achieve a specific milestone, thus ensuring a better life for the residents. Regarding the CEO (Chief Executive Officer), he is elected by the council and is permanently reviewed by it.

Members of a council have to conduct meetings in order to take part in the decision-making process, where the objectives are deliberated to ensure the best for the community. Inside the council, no one has the right or power to take actions and make decisions on behalf of the whole council, not even the mayor. If however, a member of a council has for unattended consecutive meetings, they will be removed from it. A term for such a person in the council is usually 4 years, after which the new council is elected for the municipality.

These decisions are taken under the authority of the council or during the meetings. After this comes what’s known as the Council’s Judgement, also known as the mindset in which the people there cooperate and take a decision.

Their role is set out in the Local Government to review and monitor the clarity and guidance of the councils’ duties. What this doesn’t include is the function and power that a CEO of the council has.
Participating in high-level decision-making and strategically set the direction of the local community is the key role of a counsellor.

Who is the mayor?

The mayor provides guidance to the council about what they must do and what are they expected to do, acts as the principal speaker and articulates council positions accurately.

He / She is the only member of the council that is appointed by it, also having only 5 years of duty at a time, always having the option to be re-appointed in the future.
It manages the council organizational, ensures the decisions that are being taken also get implemented and providing guidance to the council.

They are the resource that ensures the delivery of councils’ services and can have a variety of training level, as long as they get accepted in the office. Council Staff is required to act impartially, act with integrity, accept responsibility for the outcome of their actions and to provide their service in the name of the council.

In conclusion, you have hopefully learned a bit more about the rules and questionings of the Council’s Judgement, as to understand more about its actions.

Since 1991, Mission Harvest America has provided and will continue to provide domestic programs that focus on community needs and response to disaster relief and humanitarian aid efforts. MHA has responded to hurricane and other disaster providing needed items through planned distribution sites and prepared provisions to provide relief.

Learn more about our programs to help spread the word to the public about cancer and diabetes prevention.
Helping Our Troops
MHA has been a strong support of the troops through our Care Package Program which has sent over 64,000 care packages to the troops since Desert Storm. Each package was designed for 4 people.

Support for Veterans Stand Downs has been provided in Florida and South Carolina and other areas.

With over 44 years of professional logistical experience and more than 8,000 successful shipments in the past 22 years MHA provides a professional level of service for logistical support of missions and disaster relief. Services include: